The Friends of The Centre for Integrative Care are proud to support and promote ‘The Jewel in the Crown’ of NHS Scotland.

The Friends, who were previously known as the “Friends of the Homeopathic Hospital”, have been operating since 1995.

​Run by a small committee, we are a patient-led fundraising charity providing services and supports that fall outwith the remit of the Health Board.

Our main objectives are to promote and advocate for the welfare of the patients involved with the Centre. We can assist, by financial means and voluntary practical  help, the improvement of the quality of care or the environment of the patients.

​The Friends also work to create, encourage, foster and maintain the interest of the public in the Centre and its work, and to provide a link between the Centre and the community that it serves.

​Recently we have also become more active in advocating for the Centre and its services.  We are currently exploring ways to work in partnership with other agencies to enhance and improve self-management and care within the communities that the Centre serves.  If you like to become a member and influence the work of the Friends, then why not get in touch?

Who can become a Member?

Members are from all sorts of backgrounds. What brings them together is a belief in the approach and work delivered by the Centre of Integrative care.

Some of our current members have actually been patients at the Centre.   Through their experience with the Centre for Integrative Care they have a wish to support and give something back to a service they hold very dear to their hearts.❤

Others have seen friends or family benefit from attending the Centre.  Through the positive outcomes they have seen they are now fully convinced of the need to maintain an integrative care facility in Glasgow.  Some of us want to build on this approach and its availability throughout Scotland.

Others are simply believers in the effectiveness of whole life and holistic therapy and wish to show their support.

Some of us just simply find the friendship and support offered by the Friends to be invaluable.  We often have a little time, but a lot of heart, and we want to offer and volunteer to help and support others. 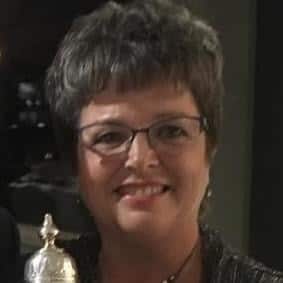 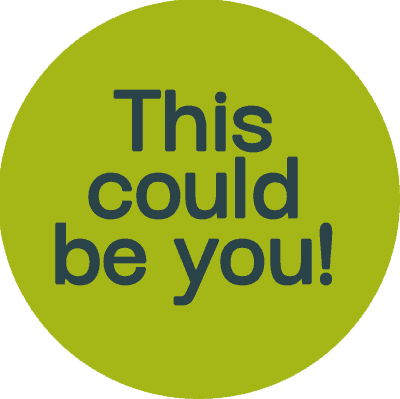 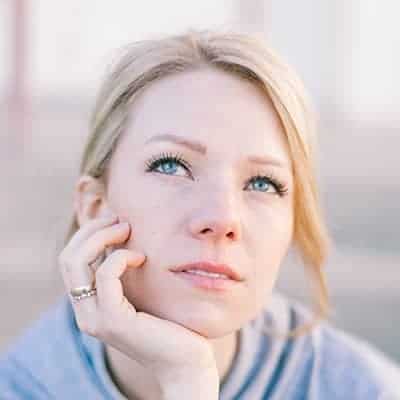 Rona is the current Chair of the Friends.  Rona recently retired from the NHS after 39 years service.

With a lengthy nursing and clinical research career, and a background in a variety of complementary approaches, Rona is passionate about integrative care.  She is keen to ensure that integrative care and medicine is available to all, irrespective of the individuals ability to pay. As such, she believes that the Centre for Integrative Care, and its unique mode and delivery of care, is a lifeline for many individuals.

This is especially relevant where other NHS services have been unable to find an adequate clinical outcome that would allow an individual to live a full and meaningful life. Thus, she believes that the Centre for Integrative care should be protected as a ‘jewel in the crown‘ of the NHS.  On behalf of the Friends membership, Rona  continues to advocate on behalf of the staff and past and present patients of the Centre to ensure that appropriate ring fenced funding is provided from the NHS to continue the award winning service and treatment the Centre provides.

I am a clinician fortunate to have worked at the Centre for Integrative Care for over twenty years, as have quite a few of us. The Friends have been around for over 25 years to support our work. The ultimate aim of the Centre is to enhance people’s capacity for self-care and to help them to manage their life and the stresses that contribute to imbalance and disease and ill-health. Through exploring links between the mind and body, and the possible stressors within their life and offering different therapeutic approaches, individuals are helped to become better at self-regulation and self-care – thus improving and sustaining overall health and wellbeing, and quality of life.

Our work is about meeting people where they are, sharing their journeys and helping them to explore and create better health within their own situation and to re-build connections – with themselves, with their families and with their communities. We recognise it is not easy for people to engage in improving their health when they have complex problems and long-term conditions. The Centre is there to help support people with self-management and encourage self-care and regain confidence and a sense of empowerment, and to give a renewal of hope and recognition of true potential for living.

The Friends are pivotal – they help keep the service grounded and ‘in touch’ through their feedback, comments, and suggestions. They allow ‘befriending’ and an introduction to the services the Centre can offer to those who may not otherwise have heard of it. They allow opportunities for people to meet (virtually and in person) and form a supportive and forward-thinking community by paying attention to social links and a sense of connection with the bigger picture. I like to meet the Friends at events – they are a fun group of individuals, all quite different, and considerate of each other and encouraging. I enjoy hearing the ideas bounce about and they always give me something new to think about. Fund-raising from the Friends has been warm-hearted and of great support and enabled a lot to be achieved through their generosity over many years. I really appreciate having the Friends and wish them well with our grateful thanks on behalf of all the staff – to the next 25 years and beyond!

We continue to run small networking events and carry out fundraising events throughout the year.  If you think you can help or you have any good ideas to help raise funds, then please get in touch.

Our own patient experience of the Centre for Integrative care tells us that the holistic/integrative method works and has a positive benefit to the patient’s life. Our focus is the fight to promote and safeguard this service.

We will continue to strive for a fair and equal society that allows for and gives access to a universal choice to health care, irrespective of an individuals capacity to pay. Thus, our future will allow the individual to interact in society as unique and  individual human beings.

Everything has been said before, but since nobody listens we have to keep going back and beginning all over again.

As people who have used integrative care  or know of someone who has benefited by this integrative approach, we don’t want our health care to go back over old ground. We have evolved and as patients we know that this approach works. We don’t need bureaucrats telling us that there is no evidence for some of the work that is done under this umbrella.  They want us to go back to the old way of working.  We argue that evidence doesn’t just come in quantitative randomised controlled trial evidence.

It comes in the felt experience.  It is not just the  facts and logic that give the RESULTS.  Patients who use the Centre tell us time and time again how it has changed their life.  How they have moved from existing with their long term and often chronic condition, to living with it and finding meaning and purpose in their life.  Our focus will always be to promote integrative care and medicine that provides a legitimate process of support and healing that truly empowers the person to live full and meaningful lives, no matter their individual predicament.  If you don’t believe us, read on. WE HAVE THE EVIDENCE…………… 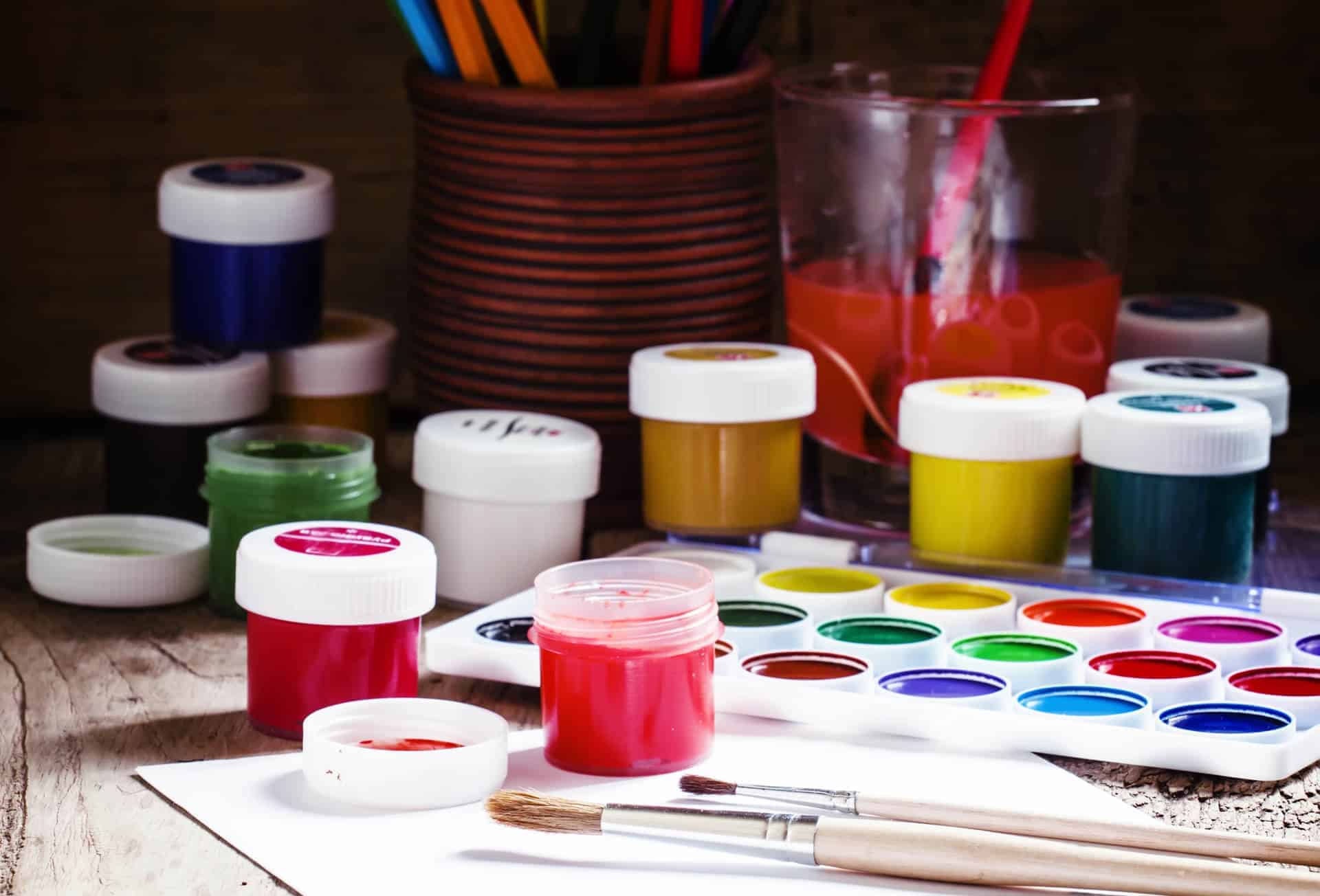 The Tried and Tested  Approach

World leader since the 1880s

Yes that is correct.  The first Homoeopathic Dispensary in Glasgow was established as far back as 1880. Who would have believed it.  140 years of tried and tested methods.  It has been around longer than the NHS itself!!

Just before the end of the second world war, in 1944, it then amalgamated with the Children’s Homoeopathic Hospital.  When the National Health Service was established in 1948 both hospitals came under the Board of Management for Glasgow Homoeopathic Hospitals and were brought within the NHS.

Fear for the lost diamond

Sadly over the past 15 years we have seen a systematic effort to dismantle this long established health approach.

In the late 1970s The Children’s Homoeopathic Hospital was closed. The out-patients dispensary was move from Lynedoch Crescent to the Great Western Road site in 1987.

The hospital at this point continued to operate.  The future did look promising when in January 1999 it moved to new purpose-built hospital premises in the grounds of Gartnavel General Hospital.

The doctors, nurses, administrators, architects and artists combined to create an award-winning, functional hospital which was described as having ‘singular beauty that continues to comply with all NHS guidelines regarding quality standards, operating efficiency and costs’.

Prior to 2012 the centre had 15 in-patient beds, by 2014 this reduced to 7 in-patient beds.  By 2016 the Centre lost its remaining in-patient beds.  Funding was further curtailed by Scottish Health Boards who previously provided opportunity for their  patients to attend.  Subsequently the hospital became a day care facility serving  mainly NHS Greater Glasgow and Clyde patients.  This fundamentally has excluded lots of people who live in Glasgow and other parts of the country accessing the support of the Centre.

For 25 Years we have fought the bean-counters of all political persuasions who want to cut this wonderful asset to the well-being of the people of Scotland.

The Friends continue to fight for the retention of the current service while pushing for improved services and ultimately the re-instatement of the inpatient beds that so many patients miss.

If you would like to join us in our journey, why not get more involved by becoming a member.  You can get involved as much or as little as your time allows.  If you cannot donate time, then why not just become an associate member. Every £10 membership will help us to continue the great work of the Friends for the next 25 years. 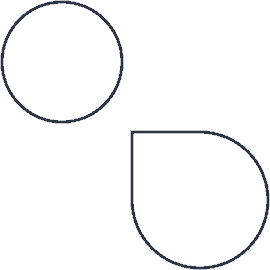 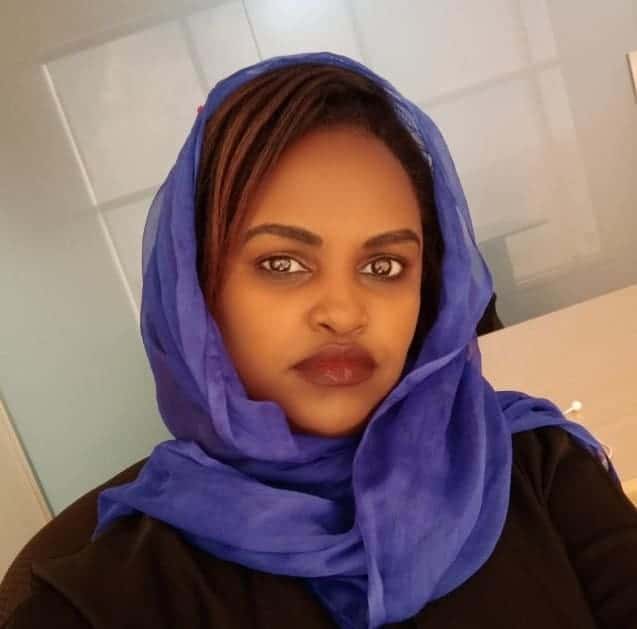 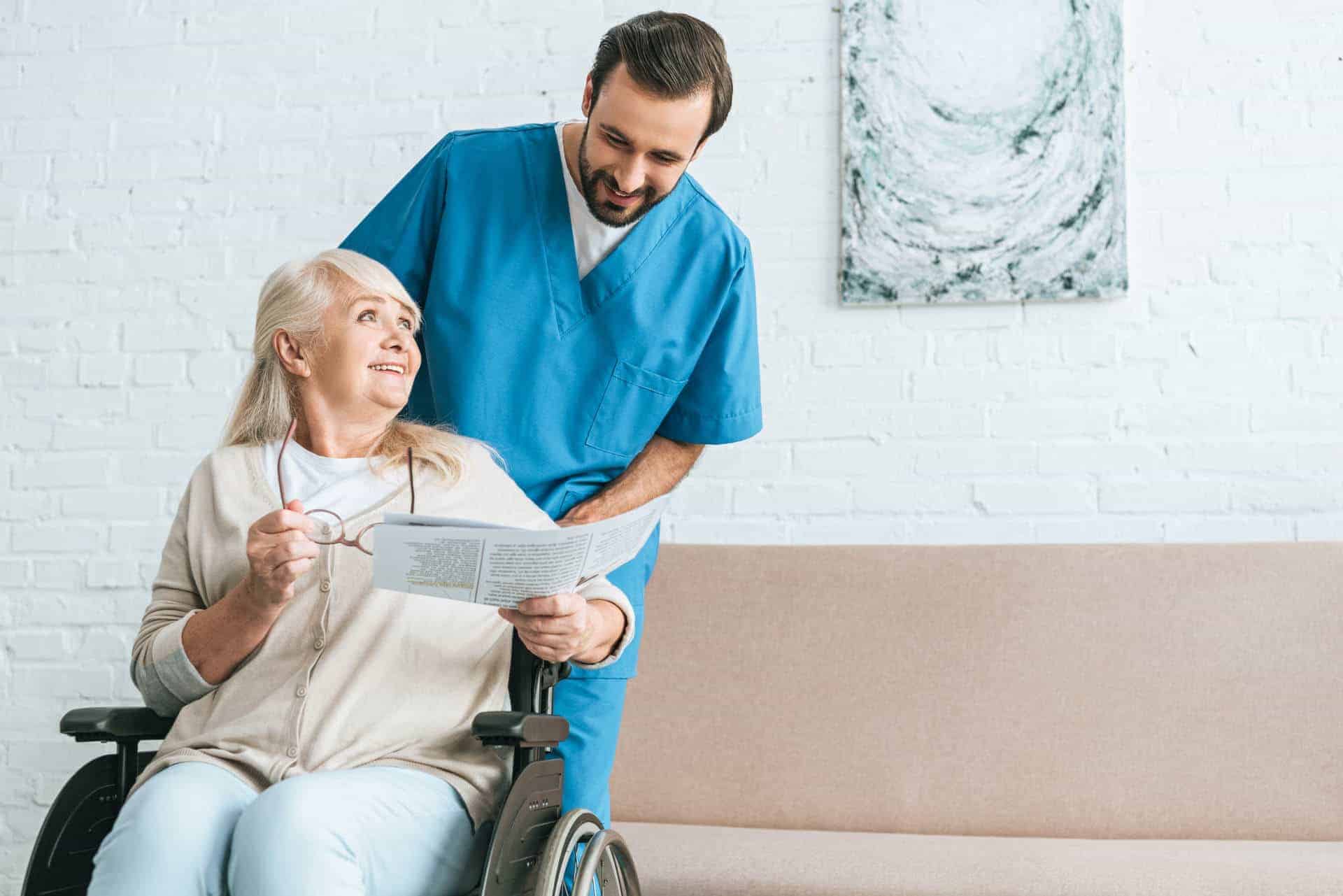 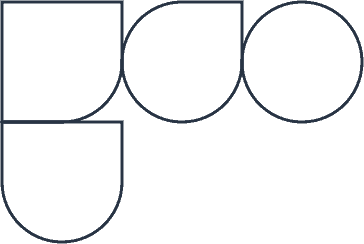 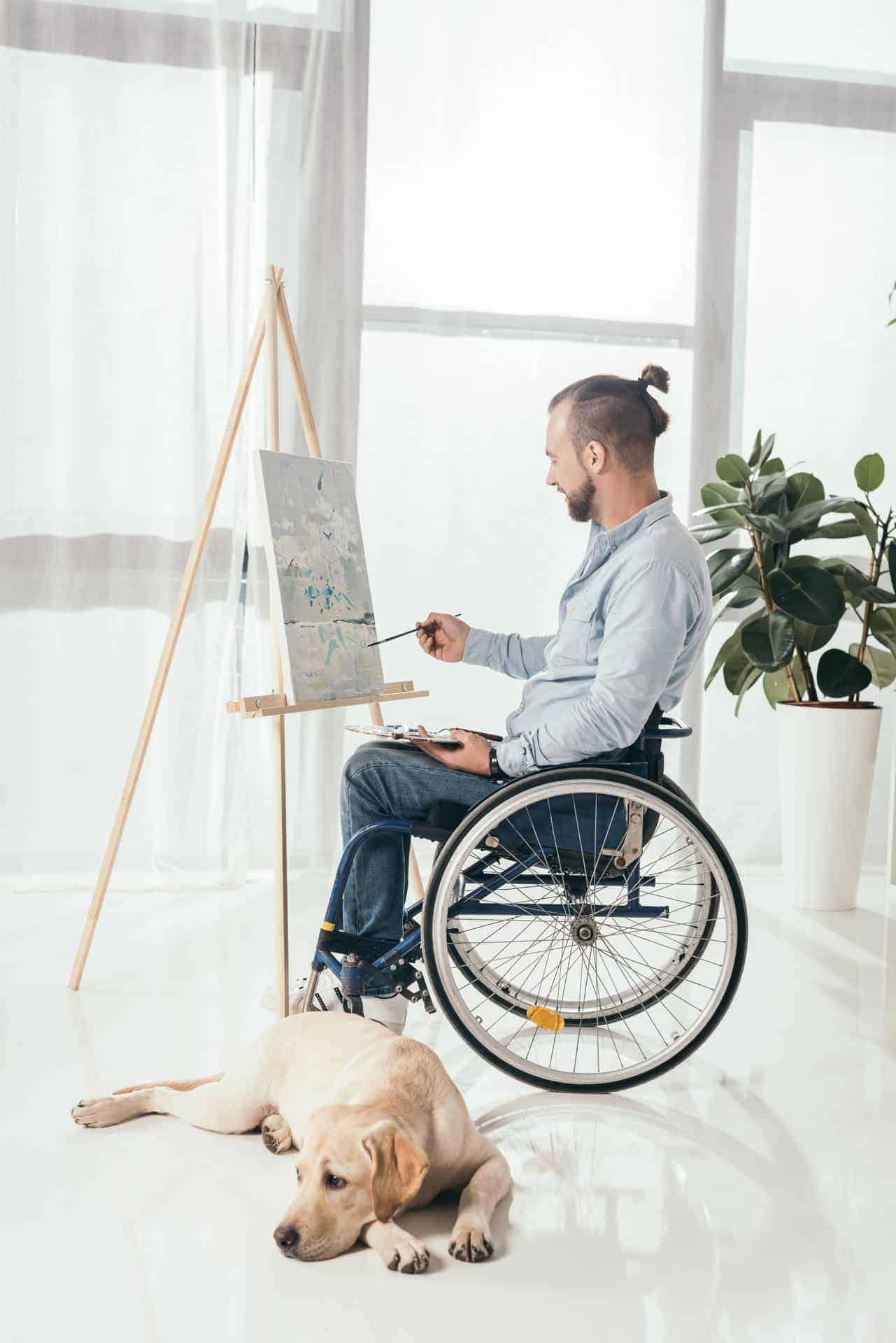 Loved by 1000s of Happy Patients

With numerous awards won including:

The ALLIANCE Best Self Management Resource of the Year 2016

Manage Cookie Consent
To provide the best experiences, we use technologies like cookies to store and/or access device information. Consenting to these technologies will allow us to process data such as browsing behaviour or unique IDs on this site. Not consenting or withdrawing consent, may adversely affect certain features and functions.
Manage options Manage services Manage vendors Read more about these purposes
View preferences
{title} {title} {title}
Skip to content